South Africa – Seeing is Believing or Believing is Seeing? 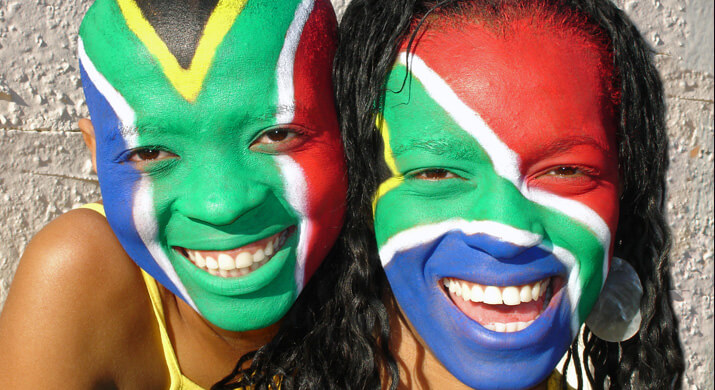 South Africa – Seeing is Believing or Believing is Seeing?

It’s not easy being an optimist in these challenging times.  The forces of sadness and negativity are finding more and more evidence to justify their unhappy existence. The psychic vampires are conspiring to drain my positive energy.

Also, I am beginning to think we South Africans suffer from a form of collective national erectile dysfunction. Or at least a massive countrywide inferiority complex, with a smidgen of schizophrenia thrown in. It seems to me that many other countries believe in South Africa more than we believe in ourselves!

The Indian Premier League is a prime example. The people of India (who completely idolise their cricket players) were concerned about the IPL players’ safety due to possible unrest during their elections. So they sent them all to SA, in the midst of our elections, to play the IPL tournament here. They believed that their players would be safer here than back home in India. In addition, we were given only a few weeks to prepare for this massive event and, in true SA schtyle, we pulled it off magnificently!

We also seem to believe that we have the monopoly on dodgy politicians. Right now our old imperialist coloniser Grate Britain (yes spelled grate – because of their constant whingeing and complaining) are catching a major wake-up call. Many of their politicians are deeply embroiled in the current expenses scandal. Their justice Minister Shahid Malik recently resigned after being caught red handed. We had travelgate – they now have mastergate.

Many other countries regularly report highly questionable behaviour by their politicians. For example, click here to view a report on the top 5 most corrupt USA politicians of 2008. It may surprise you to learn that as a country, we only rank 46th in terms of corruption. Which means we are less corrupt than Greece, Brazil, Mexico, Thailand, China, Egypt and India to name but a few.  This statistic by no means justifies or minimises the actions of our businessmen or politicians who succumb to the massive temptations of position and power. It merely puts their behaviour into context.

As John Mayer sings: “We keep waiting, waiting for the world to change”  So we keep waiting for the policemen, politicians, councillors, trade unionists and others to effect the change we need in order for us to finally believe. We spread sad stories of inefficiency, corruption, poor leadership and incompetent civil servants. What is the point? It merely serves to perpetuate our lack of self belief. How long are we going to keep waiting for things to change? When are we, to quote Gandhi, going to become the change we want to see in our country?

There is an ongoing debate on whether seeing is believing, or believing is seeing. The USA is a prime example of the latter. They are technically a bankrupt nation, with a national deficit running into trillions of dollars. About half of their population is overweight and 30% of them obese. Nationmaster reported in a survey on crimes per capita that the USA has more crimes per capita than SA. (Unflippingbelievable!) All they seem to have going for them now are a likeable presidential couple, a thriving democracy and tons of self belief.

Having lived in the USA for 12 months, I was amazed to see their collective level of self belief and patriotism. They harness this collective energy and somehow manage to have the strongest economy on the planet, with less than a third of the population of India and a quarter of that of China! Why? Because they fly their flag and sing their anthem and speak one language and believe in themselves and support one another and work together to keep their dream alive! For them, believing is seeing. We really should learn from this.

As a motivational speaker, my strategy is to open my eyes, my mind and my heart and look out for what is going right. Then focus my attention on it, to keep my spirits high. Which is different to getting high on spirits!

So what do I see in SA, in order to help me believe?

What do you see? What do you believe? If we open our eyes, our hearts and our minds, how much more can we achieve?

I THINK WE CAN!

Comments are now closed for this article.